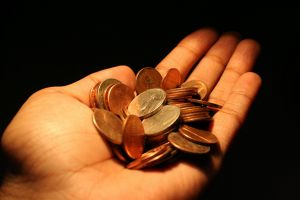 Sit back, clear your mind, and you may be able to hear the sepulchral fulminations resonating from the near apexes of America to it’s darkest corridors. Why they gotta take all my cheese man? Every individual who has ever earned any money in the United States, provided this income was reported, might have uttered this cry. This is what creates the allurement of the tax business. The taxes will continue to accrete, the people will continue to be confounded by the specificities of tax code, and in turn the man who prepares taxes-who is on point-will pad is pockets as he establishes himself as the intermediary of this “operation chaos.”

At Pronto Income Tax we are all about helping you mature in the type of tax preparer that can BE THAT GUY. And we know by consistently offering you knowledge of the particular tax issues of the day, your level of expertise can accelerate with rapacious rapidity. One vital subsection of taxes is the domain of the refundable credit.

Credits can make you look real good, because they reduce tax liability directly and fatten your clients trouser pockets. It is already a good idea to advise them to contribute to their 401ks and IRAs, if they are even privileged enough to do so. These contributions allow your client an expanded level of autonomy in regards to their funds, and their life for that matter. The savers credit allows for taxpayers to offset up to $2,000 of their yearly contributions made to 401ks or qualifying IRA accounts. The Savers Credit is diferent from most credits in that taxpayers still have plenty of time to declare contributions to retirement accounts, even halfway through tax season. The IRS allows for IRA contributions to be placed in eligible accounts before the deadline of April 15, 2013, but not 401ks and other similar accounts such as a 403(b) plan. The contributions for 401ks and like-minded plans must have the funds placed in the appropriate account by the end of the year.

Can I Claim the Savers Credit?

The maximum amount that can be received from the Savers Credit is $1,000 (Single or Head of Household), and double that for those filing jointly.

Some other points on qualifying for the Saver’s Credit

-Taxpayer must be over 18

-Taxpayer cannot be a student

-Taxpayer cannot be a dependent

How Do They Calculate the Saver’s Credit?

Taxpayers credit amounts are weighted through a number of factors. Filing status, AGI, tax liability and the specific contribution amounts are all considered when calculated the credit. Form 8880 is employed when determining the Savers Credit amounts, along with instructions as to how to fill it out correctly.

Figures show that in the tax-year 2010 there was a total of ONE BILLION DOLLARS dolled out to taxpayers on behalf of the Saver’s credit, and more than 6.1 million people claimed it. The average Savers Credit amounts were $204 for MFJ, $165 for HOH, and $122 for those filing lonely. Be sure to note that the amount rewarded to the qualifying taxpayer changes, because distribution amounts reduce the contribution amounts that are used in the calculation of the credit. So more retirement funds taken out during the year means a concurrent devaluing of the Saver’s credit.

When a tax preparer can recognize, understand, and most importantly transpose this understanding of complicated tax credits and their labyrinthian aspects, he can be appreciated. And well funded my friend. Want to be appreciated for the great tax preparer you are? Then keep learning, and keep an eye out for new material at prontotaxclass.com