Skip to content
Home » What are the most missed Itemized Deductions?

What are the most missed Itemized Deductions?

As a tax preparer there are sometimes few and very limited ways that you can truly make a difference for your client. On many occasions when you are preparing a return, the overall situation is clear and relatively simple. The taxpayer has a short form, single standard deduction, and not much else going on. So at this point your service will basically consist of entering the taxpayer’s information correctly. As you can see, there is not much room for you to show off your tax preparation talents. The one way you could change this situation and widen the gap between you and the other preparers out there is to find the taxpayer some itemized deductions that another guy may have missed. Doing this could help them save some extra dough. Lets look at the often over-looked itemized deductions that may be able to get your client over the standard deduction hump, and help you prove your tax preparer pedigree.

It is the job of a great tax preparer to cover all angles before the return is transmitted to the IRS, no matter how simple your client’s return seems on it’s face. This is especially the case if your sitting with a new client and you are relatively unfamiliar with their current financial situation. Lets say that you have a new client who is single, and has no dependents, and has always used the standard deduction short form. That designated amount for this year(2012) is $5,950. So if the client rents, it is going to take a large lump sum amount of one of the other qualifying itemized deductions available to get them past where the short form and long form are demarcated. Lets say the taxpayer has two jobs and drives 50 miles directly to his or her second work location once the initial job shift is over with. Let us assume that they do this five times a week. These miles are deductible at a rate of 55.5 cents a mile, and if the taxpayer did this all year, they will end up with work mileage of around 12,000 miles. This will give them an approximate itemized deduction of around $6,468, after the 2% miscellaneous work floor is taken out of the mileage. So right there you have already assisted your client in surpassing that standard deduction amount, which now allows access to all of the other itemized deductions such as charity, state taxes, and medical expenses.

Many taxpayers, and tax preparers for that matter, fail to realize that job search expenses are deductible. So lets imagine you have a client who has always taken the standard deduction because they don’t own a home and have always fallen a bit short of exceeding that amount and being eligible for the long form. For the tax year in question they were unemployed half the year, and looked long and hard for an employment opportunity and spent a good amount of money in doing so. You are permitted to deduct any ordinary and necessary expense incurred while trying to get a job. So the gas spent, or the mileage accrued, is deductible. This, along with interview clothes purchased, seminars attended, and any training costs could all be potential additional deductions that can get your client over that hump. So once you have gone over the standard deduction amounts, you may now be able to add charitable contributions, medical mileage, and any other unreiumbursed work expenses that are applicable.

Claiming Deductions on the Long Form

In many instances the disparity between a great tax preparer and an average can be a finite line. It is vital for you to cover all angles and find any deductions available to your client, because once you get them over that standard deduction ceiling you now have access to other deductions applicable to them that they were previously ineligible for. When you separate yourself from this overcrowded tax preparer arena, you will find that your short form clients will remain loyal with you until the end. 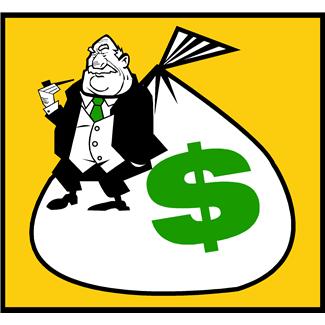 Anybody can jump into the tax preparation game for a few years and make decent seasonal scratch, but the serious money you can make four months a year is what separates the big dogs from the rest of the pack.

Making great money doing taxes is a challenging and ego-testing endeavor indeed, but once you get your game fully on point, you can make some REAL NICE MONEY doing taxes.

This article will show you a few ways to make big money as a tax preparer. 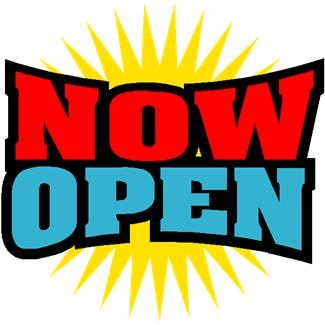 The 3 Must Dos for Nationwide Franchise Expansion

Expanding your franchise can be an exciting, trying, and daunting process undeniably. There is a certain methodology of franchise expansion that is obviously more effective than others. This article will discuss the top three ways to expand a franchise nationwide correctly and effectively. 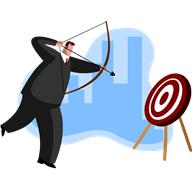 Is the IRS Targeting Small Businesses?

As time goes on, the IRS grows its bandwidth and its capabilities in demanding complete transparency from individuals and businesses. As of late, they have been cracking down on small businesses with a somewhat ruthless abandon. The IRS, according to recent reports, is targeting more than 20,000 small businesses spanning the nation. They are sending relatively intimidating robobot letters demanding information regarding the possible under reporting of profit by the taxpayer. They are focusing on cash receipts for obvious reasons. Let’s go into the aspects of this IRS targeting and discuss its consequences.

How Do I Avoid an IRS Audit?

There are some things in life that you simply can go without experiencing. Compound fractures, deep knife wounds, the expiration of loved ones. Oh, and IRS audits would probably sit top on that list for the majority of people, unless you are a sadist and enjoy excrutiating pain. The IRS audit, or “examination” as they have now reclassified it, is about as painful as getting a gangrenous appendix ripped from your insides without the benefit of anesthesia. So, in an effort to save your client from this horrific ordeal, Pronto Education would like to offer a few tidbits of advice as to how to assist the taxpayer in the avoidance of this treachery.