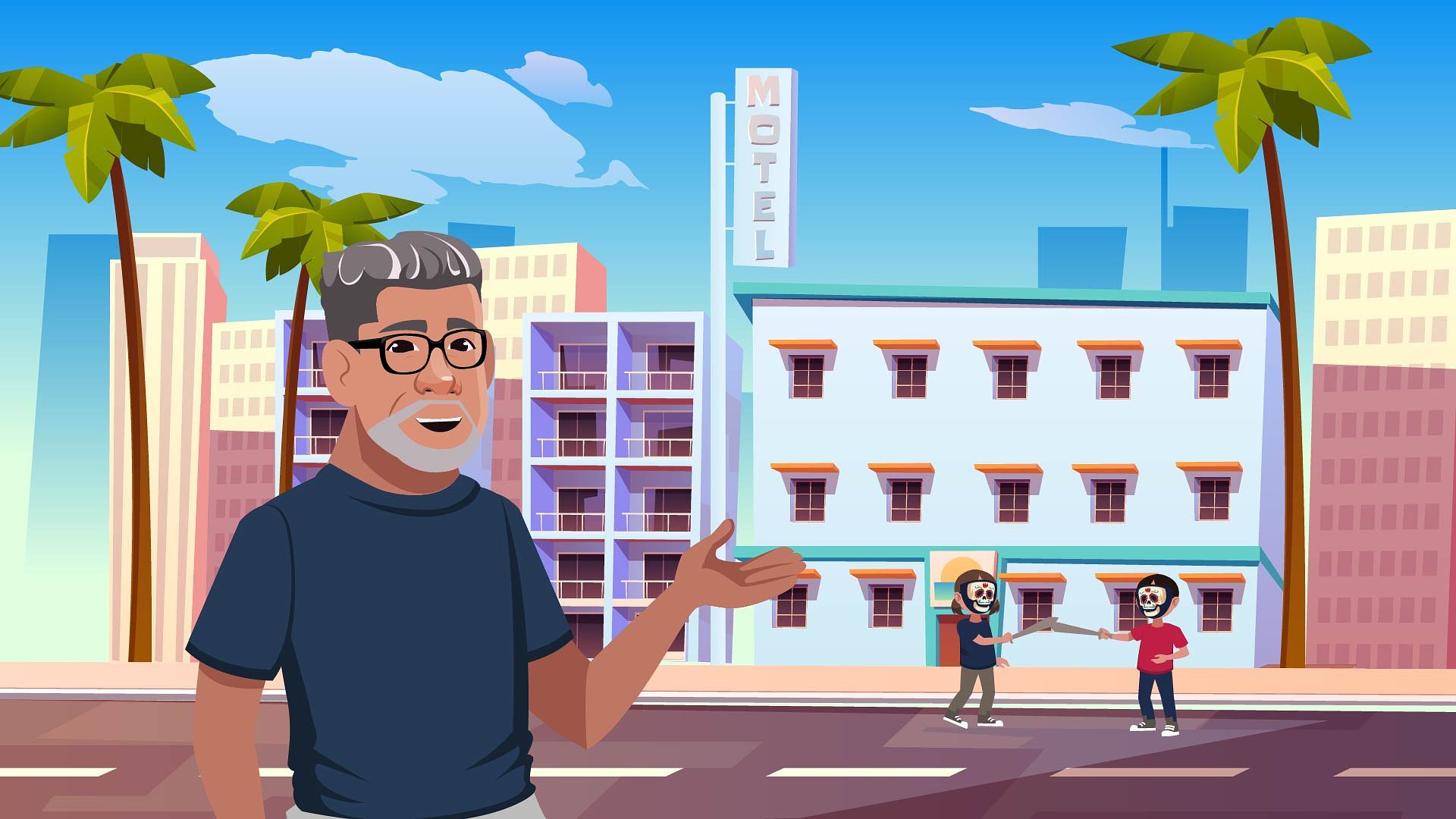 Carlos also kicked off Season 2 of Tax Pro Nation hosted by Andy Frye and Jeff Dolan. Definitely watch the film and listen to this episode to be encouraged in your life and career.

Due to COVID-19 complications making onsite filming in Los Angeles unfeasible, we decided to pivot to an animated short film. This would allow us to avoid delays, stay on track, and also stay true to the spirit of the award.

To highlight and encourage the meaningful work of tax professionals who largely go unnoticed and unheard. To tell Carlos’ story in a way that would connect Carlos to his clients in a powerful way.

Planning the film started with understanding Carlos’s story in depth. The podcast allowed us to spend some meaningful time with Carlos diving deeper than even his story he shared with us for the contest. We got to hear the highs and the lows; the successes but also the failures he faced in his life and career.

Most of us roughly share a story arc that follows the Hero’s Journey by Joseph Campbell, with some of us still treading along at some point in the story. And when the good stories resonate, it’s fun to see how magically they match the Hero’s Journey.

Carlos’s story matched it well. And many of the great films in our society also follow it, from Star Wars to Karate Kid.

If you are a film buff, writer, or into good stories, see if you can follow along and point out Carlos’ steps yourself that follow the journey.

Once I was able to map out the major story arc of Carlos’ life and career, the theme emerged. Helping people face death and taxes. Whether it be physical death working as an EMT medic, or financial death at the hand of crushing IRS tax debt, Carlos’s story seemed to gravitate toward this particular theme.

I had originally slated the film as a one-minute mini biographical film, with a key message along with images of Carlos’ personal life, family, hobbies, work, and daily activities.

But after the key moments he shared became pillars of his overall story, it became harder to justify not telling the full story and simply glossing over everything with nice platitudes and smiles. As if our lives are always positive. Tax professionals in particular intimately know that even the most successful people face ugly obstacles, so this option was quickly off the table.

After editing and crafting the story to highlight those key elements, I was able to create a 3-minute story that would really come alive with Carlos himself telling it in the first person.

Once the storyboarding process started, directing the animation flowed more easily. I wanted a colorful palette akin to the 2017 Disney Pixar film Coco. I wanted to match Carlos’s facial features as much as we could. I wanted a film Carlos would be proud of sharing while also not glossing over the lows in his story.

Enjoy the film. Share it, trace the journey to the Hero’s Journey, and take some time to look at your story. Don’t be afraid to pinpoint where you are in your Hero’s Journey and how telling it can unlock so much empathy and connection with your clients and colleagues.

You might be at a low point right now in your story, but take hope, there are future steps that make it all worth it. Whether you are just beginning, just finishing, or somewhere in the middle, here’s to celebrating your unique story and impact on the world.